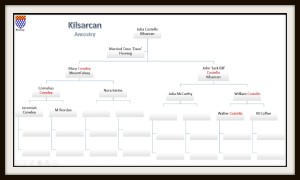 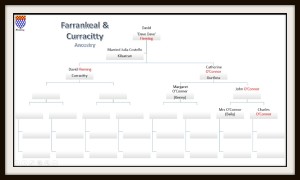 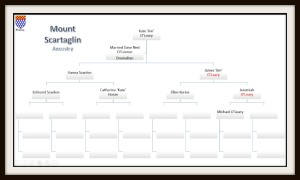 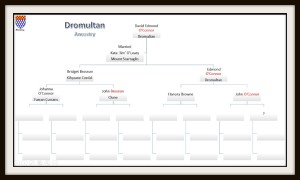 Many of our Ancestors had little choice but to emigrate.

The first leg of that journey abroad for most Irish emigrants was on foot. Some only had to walk as far as the nearest town with a train station. Others walked for days to get to a port for the voyage overseas. Most had nothing to carry but the clothes on their backs as they made their way to a passenger Ship at Cobh in Cork. Originally called Cobh until Queen Victoria visited in 1849 when the name was changed to Queenstown. It was changed back to Cobh in 1921. Cobh is in Cork Harbor. Amazingly, between 1848 and 1950 almost six million people left Ireland. Two and a half million of them left from Queenstown.

How did our Ancestors travel to Cobh back then? Many took the train and surely some travelled along the Butter Road to Cork.

Castleisland Railway Station opened on 30 August 1875. It closed for passenger traffic on 24 February 1947 and for goods traffic on 3 November 1975, finally closing altogether on 10 January 1977.