The first Humphrey O'Leary recorded at Mount, Scartaglin was born in 1855. His parents were Jeremiah and Ellen (Nee Kerins) O'Leary. His grandparents were Michael and Margaret (Nee Hickey) O'Leary. About 1870, Jeremiah shared the farm with two sons: Humphrey and James. As per 1901 Census, Jeremiah remained as the Head of the Household regarding the other half of the Farm at Mount Scartaglin which his son James inherited. Jeremiah and Ellen lived there with their son James at the old Mount Homestead. James 'Jim' lived at Mount with his wife Hanna Scanlon on that half of the farm.

Unlike their brothers William, Cornelius, Jeremiah, Maurice and Timothy/Thade who emigrated to the USA in search of a better life, both Humphrey and James farmed their respective farms of land at Mount. Michael lived at Gortloss. At the top of Mount, there were two gates at the Steeples. One gate to enter the Steeple fields which were owned by James and the other gate was access to and from Humphrey's Homestead and farm. Humphrey had a separate house up there. Both brothers got on very well and the gates were seldom if ever closed.

Thanks to John Reidy of Dromulton who has researched the Kerins ancestry, he has kindly shared the following information on the Kerin/Kerins family names at Scartaglin.

John's fabulous research indicates that the first Humphrey Kerin to arrive in Knockrour came from Currans. He was born 1781c and died in1847. He married into Fitzgerald family, it is said they were landlords. His wife died shortly after they were married. He then married Nora Brosnan  who came from Killeentierna. They had big family, maybe  up to 10 children. From his research, John considers that nearly all Kerin/Kerins families in Scartaglin area are descendants of this couple. Families with Humphrey in their names are most likely to be also to have Kerin ancestry. Timothy, Ellen, and Nora were among the children of Humphrey and Nora Brosnan. So it is very likely that the name Humphrey originated from his mothers side, the Kerins. Humphrey was known at Scartaglin as 'Free'. Likewise his son Jerh was known as 'Jerh-Free'. Humphrey's descendants were equally known as a 'Free'. 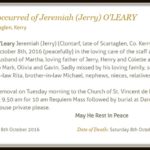 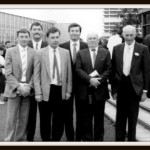 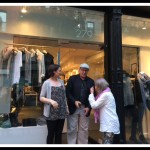 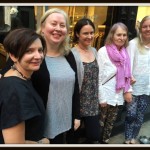 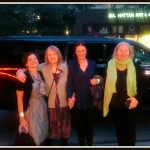 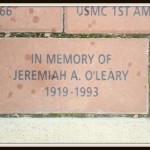 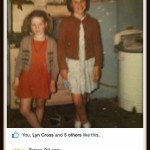 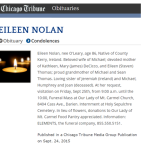 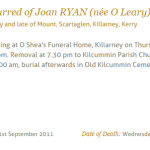 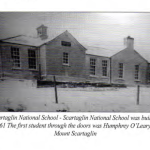 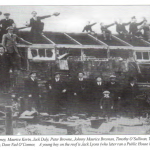 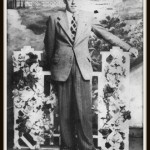 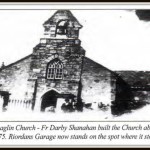